Getting to Hong Kong…

I remember as a child my family would have photo slide night and my Dad would share his slides from his military days during the Vietnam War.  Hong Kong was one of those port cities he visited during his travel to and from the Pacific on the USS Oriskany.  Hong Kong was always this far distant place and it really is.  It’s exciting to finally be here.

I flew out on a Sunday night which had me connecting in Atlanta with a direct flight to Seoul, South Korea followed by a flight to Hong Kong.  The flight from Atlanta to Seoul was not bad at all.  I will say that I upgraded from Economy to Delta’s new class of service called Premium Select on its newest aircraft, the A350.  This class of service isn’t close to Delta One (lay flat beds) but it is way better than Economy… lots of leg room, foot rest, bigger TV, more recline to the seat, wider arm rest, better seat cushion, Delta One food and service provided.  I will definitely be looking to fly Premium Select when I can.

I included my flight path as well.  It never occurred to me we wouldn’t fly over the Pacific at all.  We flew through Canada, above Alaska over the Arctic Ocean, and down through Siberia to reach Seoul.  Because I left Atlanta at 1:00 am on Monday morning, it was dark the entire way and we landed in Seoul at 4:30 am Tuesday morning. 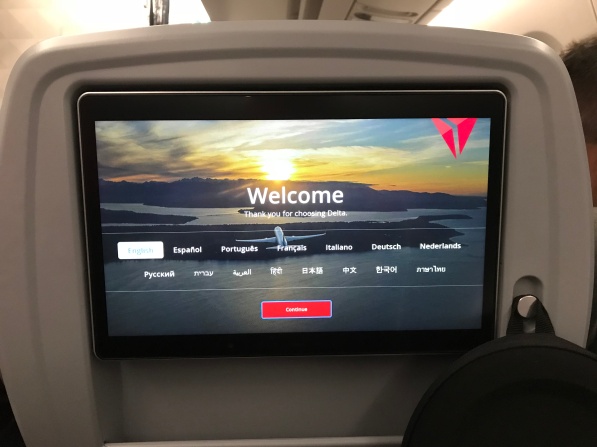 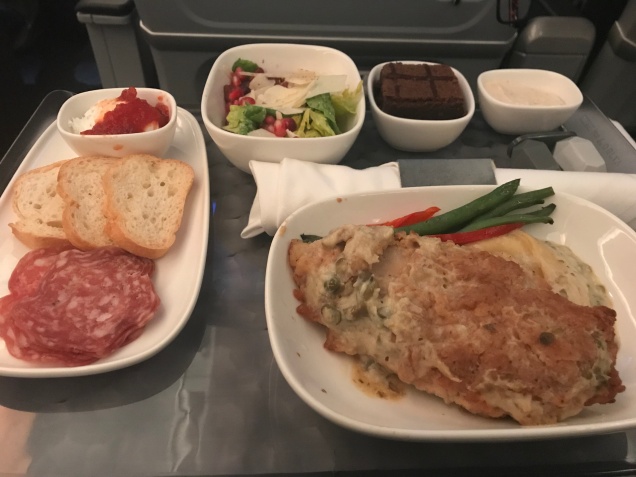 Getting to Hong Kong took about 30 hours door to door… a very long day.  I’m usually one to take public transportation into the city from the airport but after such a long day, I elected to take a taxi.  The US dollar is strong here so a taxi into the city only cost $33 and it was nice to just be taken to my hotel without having to figure anything out.  I stayed at the Hilton Garden Inn Mongkok.  After such a long day of travel, I went to bed around 3:00 pm and slept until 1:00 am.  I wouldn’t typically do this as it only drags out the jet lag but I was really tired.

After a long night of rest and a hardy breakfast, I was ready to explore Hong Kong.  I first checked out my hotel’s rooftop pool area to see what the views looked like up there.  It was a beautiful morning and I finally got to see what Hong Kong was all about.  I have never seen so many residential towers as I have here in Hong Kong.  Some are very old and some are very new, but all are tall.  With 7 million people is such a small area, living in high rises is really the only option.  Single family homes are extremely rare. 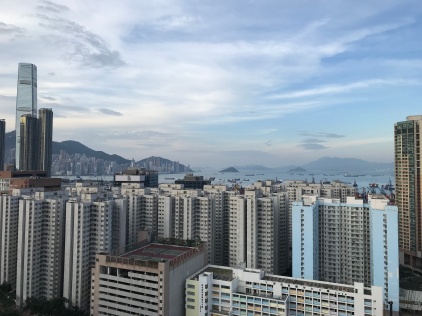 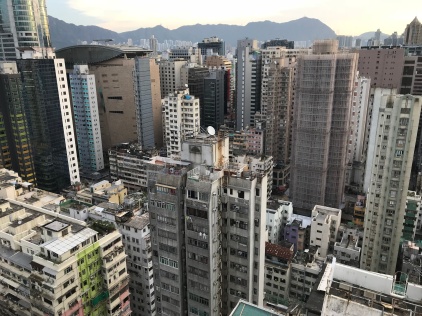 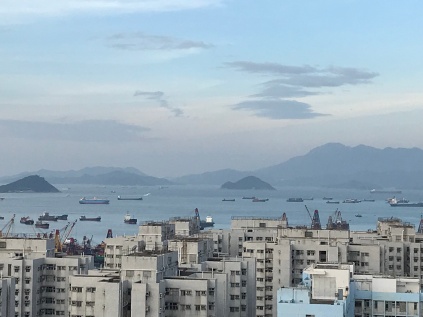 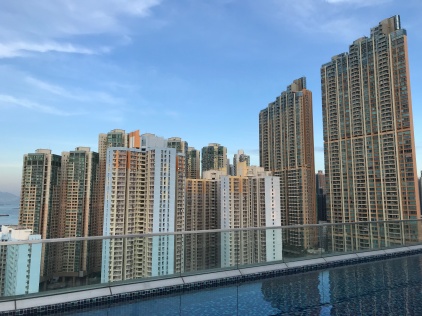 I had heard about the long lines of taking the historic tram up to Victoria Peak (known as the “Peak”) so I wanted to go early.  By the way, the “Peak” is the high point on Hong Kong Island to look down on the city.  It’s the quintessential photo of Hong Kong.  You can also skip the lines if you have an Octopus Card.  Luckily there were no lines and up I went.  It was very steep.  The views were quite spectacular of the city and also the South China Sea.

Travel tip:  At the top is the Peak Tower which an observation on the very top with unobstructed views; however, this does not open until 10:00 am.  If you’re like me who got up there at 9:00, there is an observation point to the left of the tower at the Lion’s Pavilion which has good views or you can wait for the observation deck and do some hiking around the area.  I did both and stuck around for lunch as well.

After the steep walk down from the Peak, I was so happy to be on flat ground again.  However, Hong Kong Island is very much like San Francisco and has lots of steps and hills to traverse.  I headed to Hong Kong Park to check out the green space.  Unfortunately a lot of it was closed down for maintenance but it was jam-packed with business folks on their lunch breaks and tourists taking a break from the city. 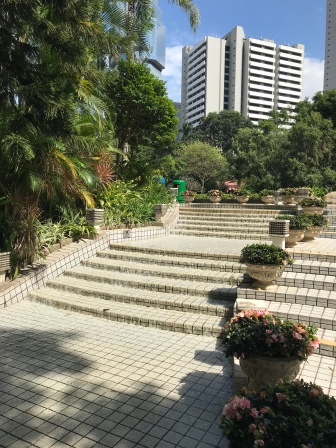 Hong Kong Island has some pretty cool buildings.  Here are a few of my favorites. 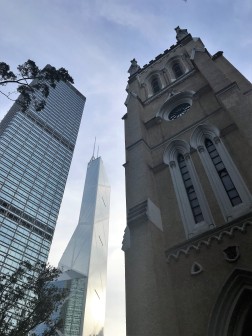 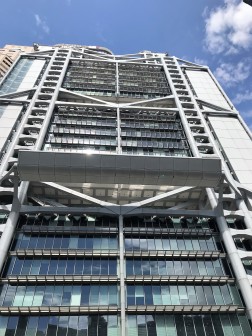 There are a lot of people in Hong Kong.  Here’s a quick clip of just crossing a street on Queen’s Road.  I had just used the crossing and couldn’t believe how crowded it was to cross.  There is no “right” side to walk… everyone just walks.

At this point, I needed a break from walking and the volume of people.  My guide book had said there was a foot reflexology place nearby and so that was the next place for me.  It turns out these foot massage/reflexology places are everywhere and no appointment is necessary.  I went to Happy Feet based on Lonely Planet’s recommendation and had the 50 minute foot reflexology.  It was great and it was a real reflexology treatment with good pressure.  50 minutes cost $33 with tip… more than worth it.

The next stop was Man Mo Temple which is a Buddhist Temple.  It is one of Hong Kong’s oldest temples in the middle of many high rises.  Be prepared for some massive incense burning going on from the patrons who’ve come to pray. 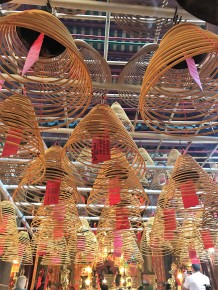 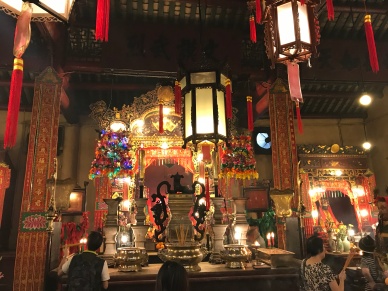 After a long day of exploring Hong Kong Island, it was time to head back to the hotel.  The MTR public transportation is phenomenal in Hong Kong… very clean, organized, and easy to traverse.  After a quick ride back to my stop at Mongkok, it was time for an early bedtime at 6 pm.  Jet lag takes a while to get over…

Hong Kong Island was very cool to explore from the Peak to the CBD to the historical parts.  It reminded me a lot of San Francisco.  Just be ready for a lot of stairs, narrow streets, and crowds.